Tuning to the Planets  and  Other Vibrations

Be in Tune with the Cosmos 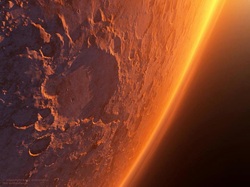 The Universe was created by a specific vibration, and we are each a unique vibration, but all of us interconnected . . . as are all the planets. Even the earth has a unique harmonic signature and the name given for this is the Schumann Resonance which when I started being interested and doing the study about it in 2010 was 7.83Hz, and it has fluctuated and spiked almost wildly in the last few years (end of 2016-2019). Do you think these spikes may have influence on your being?

Since childhood I have noticed that I like certain note frequencies, mine in particular has been a 'D', I even thought it was part of my name this 'D' note. I have created a color chart Music & Wellness with the Circle of 5ths and the linear notes like scales in music and chords are represented in a spiral fashion. I have developed a way to test and do readings for individuals interested in knowing their personal frequency, or I call it your "Root Note". It is about knowing the best music to 'feed ' your physical self for health support and being in charge of creating a positive shift to enjoy more optimal health, enlightenment and happiness. It is about many other steps to take for a positive gain in your health picture.

In case you haven't thought about it or noticed yet, YES, these fluctuations of the Schumann Resonance are monitored, graphed and notated. And yes, many people can compare their journals and hindsight to explain various health problems that seem to coincide with the jarring effects and spikes of the earth's resonance. Many people who get tested by doctors for their maladaptations will not get a diagnosis or explanation of their illness. More and more people though, realize their physical body CAN vibrate harmoniously with the planetary frequency, including our sphere the earth. We can learn to make adjustments in our body to transform our total energy by keeping in synch with our roots, just like a tree does in the wind or getting swamped by water. Knowing your Root Note will help you make continual adaptations with other changing frequencies from inside the body (illness, disease, old patterns or beliefs) and from without (psychic energy slams from others, solar flares and wind, earth emissions including dirty electricity and 5G). More HERE about a personal Root Note Reading.

I like to tune my instrument (and my band) to the Universe in the Pythagorean way. In my band SYNKOFA we not only use perfect 5ths, perfect 4ths,  but we also carefully make our tuning to A=432 Hz instead of the "miss the mark in arithmetic 440 Hz" which to me seems like an imperfection that doesn't fit if you do not choose to carefully tune to 432 Hz. It is like "not telling the truth", which my being likes to tell the truth, with words or music.

It is important to convert your listening library of music to 432 Hz so you can get the health benefits of the vibrations.

When people sing spontaneously they will sing in 432 Hz, but others will say, "You are singing a little flat."  I say, "Compared to what?"

The world around us has been tuned to the arbitrarily decided "standard" which has thrown off EVERYONE who listens to recorded music whether it is on television, radio or your phone, iPod, iPad or other devices. I believe to get on track with your health and wealth you have to get into the proper tuning. So I perform my music (and ask others to help the cause) so we can all 'sing with the earth and the planets' - in tune.

Music from Eden, and other important earth places to the Cosmos
​
My journey with music as a violinist/fiddler includes a recorded violin/fiddle part on two original pieces created especially for use at the Visitors' Centers both the North Rim Grand Canyon, Arizona, and Zion Canyon Visitors Bureau in Springdale, Utah. A giant 3-D Movie Theater in Springdale at Zion Canyon had a long, daily run of over 20 years. I consider both examples a 'broadcast' of my music performance that was continually repeating in southern Utah (and in Arizona, it was 3-4 times per day), and from my perspective, it was a kind of passive contribution that went out to the world, and then into the cosmos. We live-perform, and the sounds flow out, but where do they end up, where do they go?

Although these recordings set in place during the past 30 years since 1987-89, it took a while for the clarity of what I had done in these projects to seep into my psyche. Especially after making changes to using the new tuning with all projects consistently ever since about 2011, the benefits audiences have enjoyed and given positive feedback. My first epiphany of this 'broadcasting' that was going on was in 2014 when I realized I could continually make a difference.

I had the chance to visit one of our country's most remote areas in the summer of 2014, a river raft trip that ran through Colorado and Utah, for ten days along the Green River. I had the chance to play with a string quartet (our live tuning was in 432 Hz) in the Desolation Canyon in eastern Utah during this trip. It was not only the best wilderness adventure vacation, but I felt responsible and honored to 'broadcast' my healing music along the way at the outdoor, scenic, natural rock amphitheater performances we created.

On this trip, I had packed some of my personal music arrangements, and I was constantly talking to the quartet players about the importance of correct tuning in 432 Hz for the tuning note “A” that we used in the performances. It became apparent that I was nearing the exact place where my music arrangements were to be played. On that adventure, close to when it was my turn to prepare and perform my music, I was hounded by crows (or maybe they were ravens) repeatedly shouting their concern, following my traveling raft almost embarrassingly so. Spiritually I could feel the time becoming ripe, and the loud speaking birds would not let me miss it. We visited the Fremont Native American petroglyphs and the area where those peoples were known to live. In the impressive red rock canyons and their ancient habitat areas, I could strongly feel the calling of past kindred spirits pleading for me to do my part. It was as if the very canyon walls and the surrounding grounds wanted me to make the live broadcast of my work, and play my healing intentions through my music at that very spot, which I did achieve. It felt as though I was following a script in a movie, each directed point is clear, understood, almost well rehearsed for the important delivery.

I hope to continue in this fashion, to commune with other musicians and ask them to participate in this simple request: use the sacred geometry and adjust their tuning of A to 432 Hz, tune to the cosmos. I think it makes a huge difference to be able to transmit ALL of our special notes, broadcasting from the earth, to the atmosphere above, and to all who will listen. I believe it will make a difference, spiritually for the earth, the animals, the people, for our communication, and to enable all to have an extraordinary musical healing experience.

Every person should know their "Root Note".

Energy testing of your core body vibration will allow you to know your other supportive notes like it is used in music and colors. Knowing your Root Note and at least two secondary foundation notes will help you gain better health through better music listening and color choices.

Testing is done through linear melodic and harmonic or chord tones of music. Seeing the colors of these tones and your Root Note on the color wheel can help to make other reinforcing health choices in clothing, chakra support and even room décor decisions. You may want to know the best supportive notes when investing in singing bowls or playing flutes for yourself, others and more.

The personalized, laminated, colorful chart depicts the Spiral or Circle of 5ths and has an inner wheel to dial in the Root and variations, and comes with helpful use details.